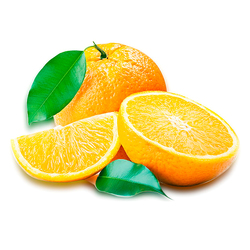 It’s impossible to grow oranges in Russian climate zone in spite of the Russians’ favour to the “china apple”. That’s why our country imports these fruits from the countries of Africa, Asia & Mediterranean.

The oranges from three countries: Egypt, Turkey & SAR - are represented in the company’s range. But our main offer consists of “ROYAL FRUITS” Company citrus, our strategic partner in Egypt. They are imported under SOFIYA trademark, well-known to Russian consumers. The high season for Egyptian products goes on since November till April. The Turkish season comes at the same time.   The RSA season lasts from April till November.

Egypt  is one of the biggest producers & importers. Oranges make 65% of citrus & 30% of fruit total country output. The main Egyptian varieties are Navel, Valencia, Balady & Shamouti. Russia is the main importer. More than 18% of total orange export was shipped to Russia according to Fruit News report. In 2014 after the embargo had been imposed, the share of Egypt export to Russia increased.