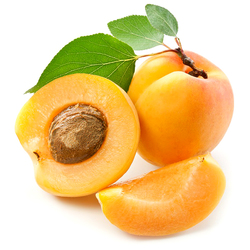 The apricot is grown in more than 40 countries of the world.  The countries of Southern Europe & Asia are the main its suppliers. The biggest producers in Western Europe are Italy, Spain & Greece (total volume is about 120 thousand tons). The most of apricots in Asia are harvested in Turkey. This country is the main apricot global producer. In Russia this crop is grown mostly in Southern regions.

The Russian apricot import amounted 36799 tons in 2014, what is 46% less than in the previous 2013 year. Turkey took more than 46% of total Russian apricot import. In the second half of the 2014 the Turkish shipment volume decreased two times. The extreme weather in Malatia region, which brought to ruin about 85% of crop, became the main  reason of export volume drop in 2014.

Egypt. This crop is new for Egypt. The wholesale production started after the Turkish import embargo had been imposed.