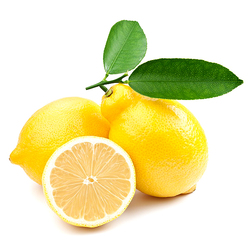 India is the lemon native place. In 2012 the share of lemon in total Russian citrus import amounted 12,5% according to Federal Customs Service. It ranks the third in Russian popularity rating.

The main lemon suppliers to Russia are Turkey, Argentina & RSA. The Russian import structure changed in 2014 after the agricultural embargo for products from EU had been imposed. So in 2012-2013 the Spain was one of the biggest importers of this fruit to Russia. Its import volume in the 1st half of 2013 amounted 15097 tons, that is 30% less than RSA. The share of Egypt & Israel in total import was low.

In the 2nd half of 2014, when the embargo had been imposed, the Egyptian & Israel lemon import increased greatly, while the Spain’s share fell off.

We have products from four exporting countries: Argentina, RSA, Turkey & Egypt. We are eager to  supply our partners & customers with fresh & perfect fruit all the year round. The Argentina season comes since April till August; RSA season lasts from May till October. Turkish fruit are available since January till May & since September till December.

Tree-like varieties. These are tall-growing trees of more than 6 m high, the fruit forms deep in the tree crown. Lisbon & Lamas belong to this type.

Egypt. Products of our strategic partner “Royal Fruit company” are represented in our range.