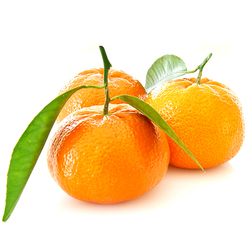 It’s impossible to imagine the New Year without mandarin taste & flavour. Its taste is known to everybody since childhood. Mandarin is actually the most popular fruit on the Russian market. In 2013 its share in total Russian citrus supplies increased 40% according to Federal Customs Service.

China is the birthplace of mandarin, but usually it is imported in Russia from Marocco, Turkey, Pakistan, China & Spain. The total share of these countries increased 75% by the results of 2013. In USSR times this fruit was actively grown in Georgia & Abkhasia. Nowadays the share of Abkhasia in the Russian import made just over 1,2% (by figures of 2013).

The Turkish, Egyptian & Pakistan products are represented in “Royal Fruit” range. The Turkish mandarin season lasts since October till February. Fruit from Pakistan are available from November till March, from Egypt – since January until April.

All mandarin varieties are divided into three groups:

Also there are some hybrids gotten after mixing mandarins & other fruit. The most popular of them is clementine, the hybrids of mandarin & Seville orange. Its  fruit are  poppy red, deep-flat & flavourful.

Pakistan. Mostly the mandarin of Kino variety is imported from this country. The Pakistan share in total Russian mandarin import amounts nearly 10% according to the results of 2013.

Turkey. More than 25% of total mandarin volume is shipped in from this country. In 2013 the share of mandarins in total citrus export increased 30%. It’s the main Turkish exporting citrus. The basic varieties, shipped from Turkey are: Clementine (the hybrid of mandarin & Seville orange), Satsuma (very sweet, seedless variety born in China & Japan), Mineola (the hybrid of Densy mandarin & Duncan grapefruit), Fremont (the local Turkish variety, grown in Adana-Mersin district).

Egypt. The company started supplies from Egypt in 2016. Products of our strategic partner are represented in the “Royal Fresh” range.