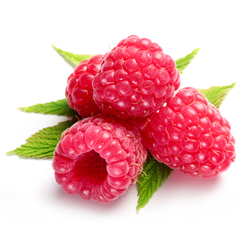 Raspberry is one of the well-known berries in Russia. Though Mid-Europe is the native region for it, this berry is known in Ancient Rus since the 12 th century. Not only tasty & flavorful berries are edible, the leaves are also used for preparation of herbal teas & decoctions. The raspberry is considered to be the “superfruit” in most the European countries.

Raspberries are represented on the market in fresh, dried & frozen state. EU & USA are the biggest raspberry buyers. The frozen berries make about 10-13% of whole raspberry output. Currently the volume of production of frozen berries increases.

Poland, Serbia, USA, Chile, Hungary & Ukraine are the global leaders in raspberry production. Russia also produces rather large volume of this tasty & useful berry. The local raspberry is available only in summer. Due to the weather conditions its harvesting period is limited by two summer months (June and July). After 2014 South & Central American countries, such as Chile & Mexico, became the main exporters of this berry to Russia.

The supplying season for Mexican berries is from mid-October till mid-May. Our company deals with only reliable Mexican suppliers.

There are traditional, large-fruited & perpetual raspberries. Each kind has a lot of varieties. Each variety has its’ strengths & weaknesses. The three kinds of raspberry have early & late; sweet & sour varieties with red, black & yellow colored berries.

TRADITIONAL. These varieties are reliable. They are well-adapted to different edaphoclimatic conditions drawing out a lot of suckers. The only weakness is the low crop yield.

LARGE-FRUITED VARIETIES. They have a lot of advantages, such as weighing 4-12 grams berries. The large-fruited raspberries compare favorably with many other known & widespread varieties by their taste & flavor.

PERPETUAL RASPBERRIES. The fruiting of these varieties is stopped only by deep freeze. They can give two crops annually with the berries of late crop seemed to be bigger than the previous ones.

Mexico is the biggest global berry exporter. Recently commercial-scale raspberries are planted in Mexico all the year round except the summer raining period. The country makes nearly 30% of global raspberry export annually. The main raspberry-planting areas are Michoacan & Gallisko. Adelita, bred by Spanish plant breeders, is one of the most wide-spread raspberry varieties. This variety differs with large size of berries & ability to harvest few crops per year.