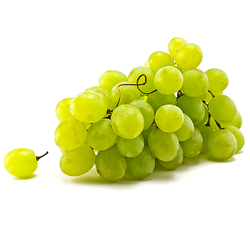 Grapes are imported to Russia from forty countries. Among them are Turkey, Egypt, Israel, Argentina & Uzbekistan. But the main volume of these berries is delivered from Turkey. Its import volume amounted 168348 tons, what makes 50% of total grape import by the results of 2014. In 2014 total Russian grape import decreased by 8,5% & amounted 328143 tons.

“Royal Fresh” company represents the products of Egypt, Israel & RSA. Egyptian grapes are supplying since May till July. The produce from Israel is available at the same period. The RSA grape season runs on since January till May.

All grape varieties are divided into groups according to following features: a) seed presence (seedless or seed-bearing); b) berry color (white, pink, red or black); c) usage (table or vine).

Egypt. Grapes rank the forth in Russian import volume terms. In 2013 total Egyptian grape shipment value to Russia amounted 9 705 thousand US dollars. The shipment volume made 7000 tons in 2014.

RSA.. Fresh fruit export from RSA to Russia amounts about 42% of total export to this country. RSA is the third main citrus & the sixth grape exporter to Russia. The most of RSA grape producers are located in Oliphant’s River region, the Southern part of Berg River region & in the Hex Valley.